29th May 2019 Artists & Archivists #3: A dialogue on Artists, archivists and other researchers in their research approaches, methods and results.

This third edition of Artists & Archivists was initiated and hosted by the Reinwardt Academy (the academy for heritage research and education, part of the Amsterdam University of the Arts). After an introduction by artist Arnoud Holleman and Reinwardt lector Hester Dibbits, visitors joined one of the four roundtables (see below).

1. Artists’ archives: the myth of Rodin
After his plenary talk, Arnoud Holleman spoke about his experiences at the archive of Musée Rodin in Paris to open a conversation about artists archives. The founding of Musée Rodin in 1917, which includes the archive by Auguste Rodin himself, has resulted in a situation in which the artist rules from the grave to this very day. Since 2004, Holleman has studied the myth of Rodin as an ‘automaton of storytelling’ (a machine that operates autonomously without the need for human control). The archive has a history of its own: as a hidden force it is crucial to keep the myth alive.

Arnoud Holleman is an artist, writer and research member of LAPS, Rietveld Academy.

2. Unfolding conflicted heritage – embodiment as archival practice
This table started of from looking at the research project The Open House by Setareh Noorani (Delft Architecture), which addresses the complex site of a former housing settlement, Gojka Vukovića 11, now a ruin in the divided city of Mostar, Bosnia and Herzegovina. In The Open House, physical objects are catalogued to become part of an archive, but always as they are encountered with and by a body. During this roundtable Noorani asked: how do objects transfer knowledge and how can events be mapped in an unstable, conflicted context? Objects, artists, researchers, architects, and archivists were invited to think along, exchange, and research on archives (post-war, colonial, queer, etc.) in contexts of current urbicide. Particularly, this roundtable focused on the way body and archive are both subject to time and movement; as carriers of events, as agents in the impermanence or transience of material, narrative, and memory, as challengers of the techniques and stability of knowledge. The aim of Nooranis project was to work towards researching and developing an array of possible tools and understandings, intersecting the notion of traditional archiving, ultimately resulting in a spatial intervention coupled with a publication.

Setareh Noorani  is a graduating student at MSc Architecture, TU Delft. In her studies and other involvements, such as the Zenevloed collective, Night(s) of Philosophy, and Concrete Blossom, she uses various media to explore ways in unfolding and embodying, questioning processes of trauma and time. This involves investigating, disrupting, and unfolding archives through spatial investigations and cathartic self-publishing practices.

3. Traveling collections and storytelling as ways of unfolding an archive
This table explored different ways of approaching an archive or collection and was particularly interested in traveling archives. Martín la Roche proposed possible models for an enriched encounter with the archive from the perspective of a collector, an archivist, a researcher or visitor. How are objects experienced in an archive, library or museum and what happens when these are on the move? Specifically, he aimed to open a discussion on the importance of storytelling in giving value to certain archival practices. At this table, examples and experiences with traveling archives were presented to start the conversation. It presented collections that move and transform over time and according to different geographical locations, revealing archives’ relation to a context and a material situation.

Martín La Roche is an artist based in Amsterdam working with the unfolding of material information within archives, libraries, collections and the role of the researcher, archivist, visitor at the moment of confronting it. He pays special attention to the stories surrounding these experiences. In 2017 he started a nomad museum inside a hat (Musée Légitime) that now has 99 art pieces from different artists, small or immaterial enough to fit inside it. More information in his website: www.martinlaroche.nl

4. Reworking colonial photographs
Photographs in colonial archives are often made within a discourse that served to legitimate the colonial project and categorize the Other. What meanings and affordances do these photographs have in contemporary postcolonial times? In this roundtable discussion Anne Vera Veen invited us to explore the potential of these photographs beyond the colonial intentions with which they were taken. Through conversations with other artists and researchers we discussed if and how we can enable these different meanings. We aimed to look for strategies to rethink, reframe and rework these photographs in order to imagine decolonial futures.

Anne Vera Veen is a student of Visual Anthropology at Leiden University. For her masters project, she worked with an archival collection of photographs that was made in an indigenous Kari’na village in Suriname in the 1950s. Through a visual repatriation of the photographs to the source community in Corneliskondre, she started a conversation with the (descendants of) the people who are depicted on the photographs. As such, she explored the potential alternative narratives and meanings of the archival photographs. In Corneliskondre, a photographic museum with the archival as well as new photographs was collaboratively set up. Back in the Netherlands Anne Vera is developing a multimodal exhibition about this research, which questions the practice of archiving and analysing photographs and invites the audience to see, hear, smell and feel different perspectives on the past.

Artists and Archivists is a series initiated by ARIAS, with the aim to engage artists, archivists and other researchers in a dialogue on their research approaches, methods and results. At these meetups, researchers share mutual interests, for example in experimental ways of questioning and researching archival and data collections, data visualization, digital humanities, sonic archiving and archival activism. 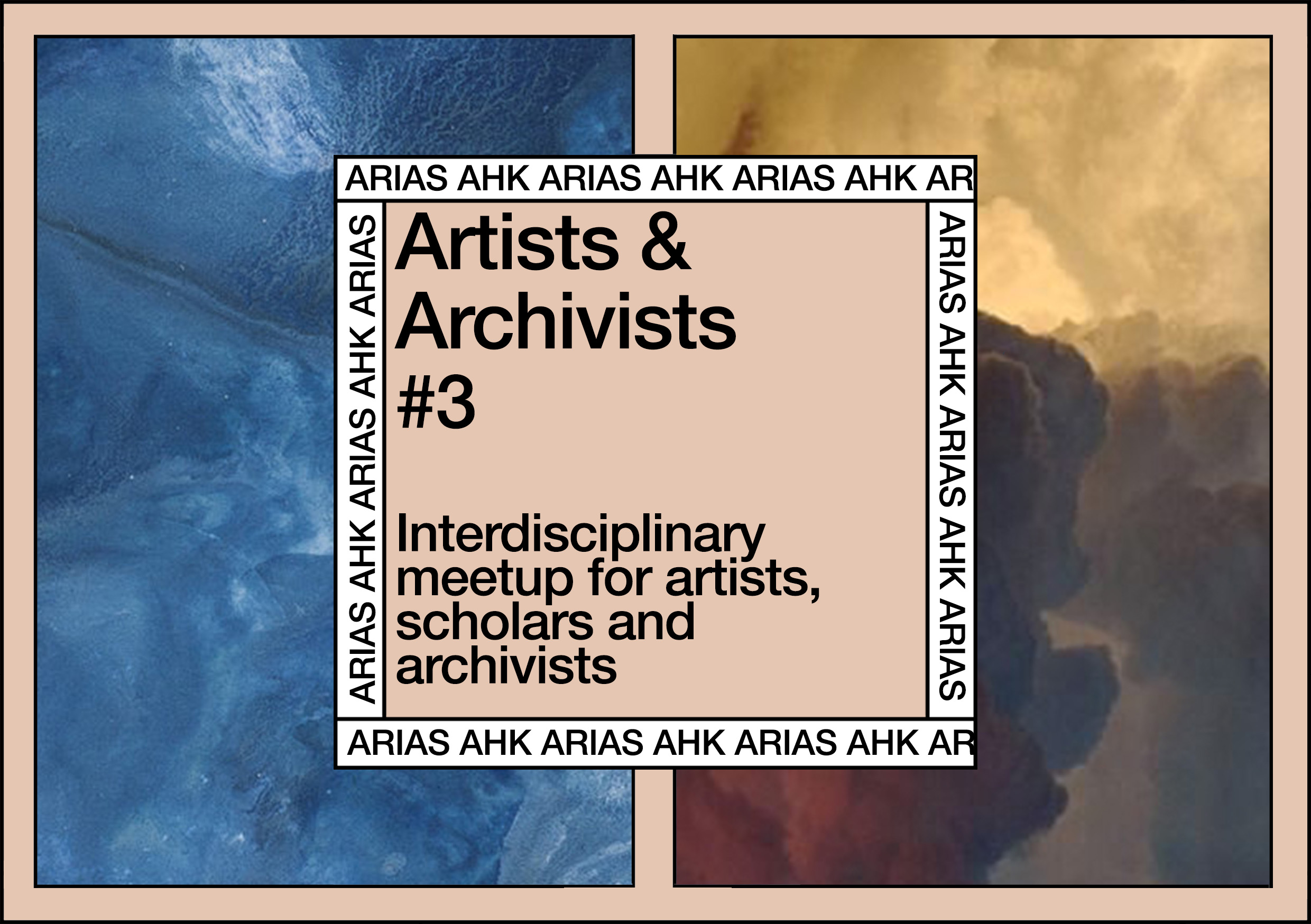