Platforms like Airbnb, Thuisbezorgd and ViaVan are amongst some of the most popular technologies that support Amsterdam city life. They allow people to rent a room, hire a car, or have food delivered to their doorstep; they regulate the city’s chaos with a tap of a smartphone. In this first edition of the series Platform Imaginaries, we reflected on the way platforms often incorporate state-like logics and effects, and incited the imaginary for alternative designs to these dominant and dominating technologies.

We live in a world where every time we turn on our devices, we are inextricably tied by data, laws, and flowing bytes to different countries. A world in which personal expressions are framed and mediated by digital platforms, and where new kinds of currencies, financial exchange and even labor bypass corporations and governments. Simultaneously, the same technologies increase governmental powers of surveillance, allow corporations to extract ever more complex working arrangements and do little to slow the construction of actual walls along actual borders. On the one hand, the agency of individuals and groups is starting to approach that of nation states; on the other, our mobility and hard-won rights are under threat.

Inte Gloerich discussed what tools we need to understand this world, and how we can begin to envision and enact other possible futures. Letizia Chiappini posed the question of the architecture of platforms and how this relates to the urban realm. She argued we should move beyond the simplistic view of ‘smart city’, or the epitomised notion of ‘sharing economy’ and cast aside the motive of the ‘city as a platform’, to answer to the urgent question on the relationship between platforms and production of urban space.

When confronted with the incomprehensible, we tend to make maps. We place and order things in a way that it becomes readable. But what if the map itself becomes incomprehensible? In his film I Am (N)ever Lost, Wouter Stroet examined our position towards geographical information systems (GIS). It is a journey through the patchwork of images that is presented to us as an accurate reflection of reality.

Inte Gloerich is a researcher and project coordinator at the Institute of Network Cultures, Amsterdam University of Applied Sciences. She holds an MA in New Media and Digital Culture from the University of Amsterdam. Her work involves the politics, artistic imaginations, and (counter)cultures around digital technology, digital economy, and online identity. She co-edited MoneyLab Reader 2: Overcoming the Hype and State Machines: Reflections and Actions at the Edge of Digital Citizenship, Finance, and Art.

Wouter Stroet is an Amsterdam-based digital artist studying an MA Design at the Sandberg Instituut. He is focussed on a project called How to look around rather than ahead, which consists of a series of altered 360° photographs downloaded and then re-uploaded to Google Streetview.

Letizia Chiappini is an urban sociologist, PhD candidate with a double affiliation at University of Milano Bicocca and Universiteit van Amsterdam. Her research revolves around the relationship between cities and technology. In her PhD project, a comparative research of platforms in Milan and Amsterdam. her main effort is to theorize the relationship between digital platforms and the urban realm, touching upon hyped phenomena such as ‘sharing economy’ and ‘maker movement’. She co-edited The Production of Alternative Urban Space (2018) Routledge; Enabling Urban Alternatives (2018) Palgrave Macmillan; The Critical Makers Reader: Collaborative Learning with Technology (forthcoming) Institute of Network Cultures. She is currently a lecturer of Research Design and Methods at the University of Applied Science in Utrecht.

Paul Groth (moderator) is Professor of Algorithmic Data Science at the UvA where he leads the Intelligent Data Engineering Lab (INDElab). His research focuses on intelligent systems for dealing with large amounts of diverse contextualized knowledge with a particular focus on web and science applications. He led the design of a number of large scale data integration and knowledge graph construction efforts in the biomedical domain.

Platform Imaginaries was an Arts & Digital Cultures series initiated by ARIAS and hosted by SPUI25 that aimed to encourage artists, researchers and designers to formulate platform imaginaries based in technology for and within the city. 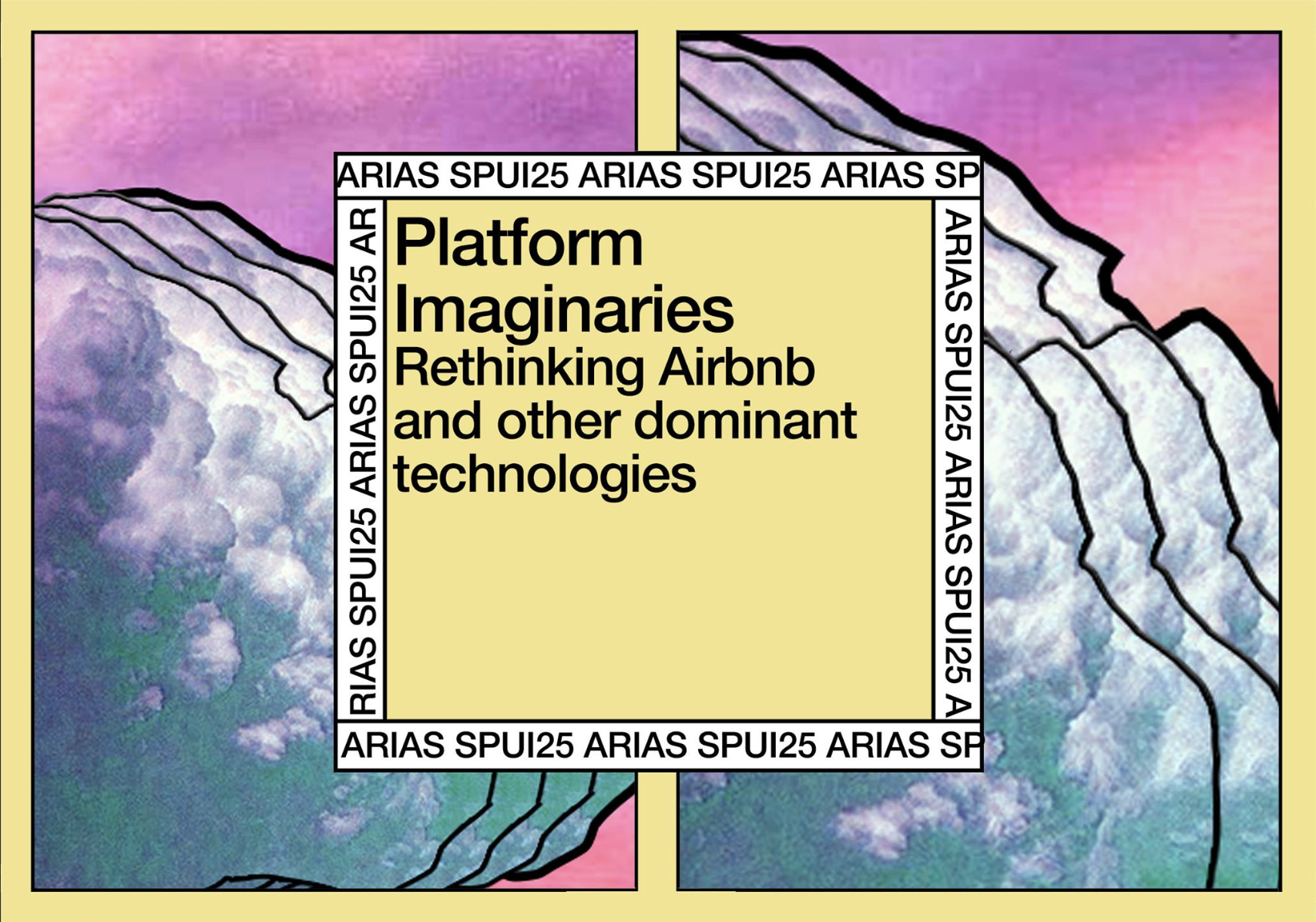