“What can artists gain from entering the community of academic writers? What can scholars and scientists learn from different forms of writing, such as poetry, prose and science fiction narratives?”

These were but few of the questions that brought various names from different spheres of art, research and writing together on February 22nd 2018 for the first installment of the Art-Knowledge lecture series by ARIAS and KNAW. The event featured readings and deeper discussions on how art, research and writing collide in our modern times, as well as how they reflect in the Dutch education systems of today.

Kicking off the event was Belfast-born writer Maria Fusco, with excerpts from her latest book “Give Up Art”. By zeroing in on the position of the writer as a “creator of new beings” and touching upon the how the ideas of constriction and consistency play into the creation process, Fusco outlined today’s author’s newfound status, which she ascribed as somewhere in between the poetical and the analytic. Introducing the idea of anonymity as a useful tool for allowing the writing to exceed the writer, Fusco shared her observations of the new topologies surrounding creative writing, echoing Judith Butler and Gilles Deleuze. Suggesting that one must gather an arsenal of tools to write with – sometimes even going as further to contruct the tools themselves, Fusco emphasized the importance of “amateurism” and outlined her stance on experimental writing and how that ties into the arts

Dutch poet, visual artist and writer Maria Barnas was next – talking about how the fabric of reality is tied to descriptions and images, Barnas mused on how our language and knowledge of the world is shapen by this relationship. By situating language at the heart of her work, Barnas shared her thought on how production, perception and reflection play into the relationship between writing and object development, as well as the concept of art writing as a tool for writing “with” art or “to” art, rather than writing “about” art.

The third contribution of the evening was by Zurich-based artist and researcher Tine Melzer, whose latest work features a “réunion imaginaire” between Ludwig Wittgenstein and Gertrude Stein, which she described as a meeting of analytical and poetical minds. Drawing upon Wittgenstein’s theory of “language as a game”, Melzer progressed this philosophical investigation by referring to one of her previous works titled “Aspect Change”, where she explored the relationship between language and image, language as a shared practice and as a host for the imagination.

Concluding the evening was Miriam Rasch, who started out by reflecting on our digitally mediated times and remarked upon alternative forms of writing, such as writing through the medium (be it an Excel worksheet, Facebook updates or text messages) and how language lives in online spaces, providing insight towards both sides of the argument. By introducing the central question of “How do we write when we write online?”, Rasch expanded on her upcoming work “Shadowbook” and how “the dark side” of writing online is at the core of it, with particular focus on what happens to language within the confines of the digital. Describing her methodology as “researching writing by way of writing”, Rasch further explained how she frames these narratives as pieces of autofiction that border within the self, as well as talking about her new book “Zweemen in de Oceaan”. 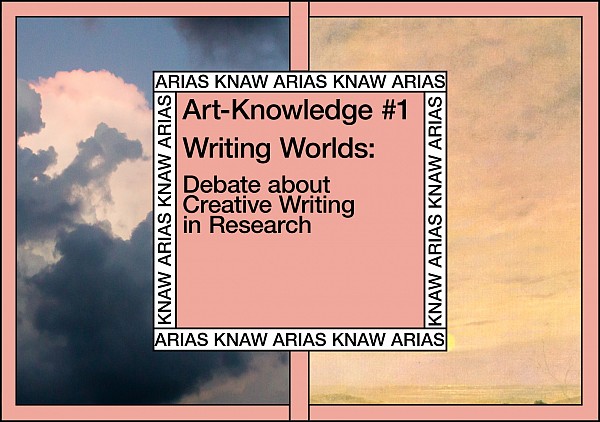